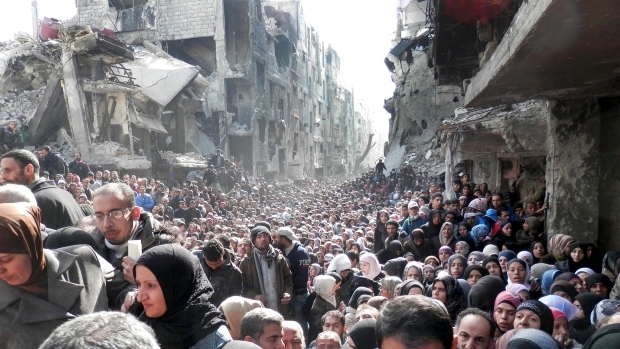 The question isn't if but how.

We will respond to the global refugee crisis.

To start, we've opened a "desginated offering opportunity" for anyone who would like to respond financially. Anything received during one of our special offerings on a Sunday morning or any donation given to the church and marked "refugee response" will be allocated entirely and only to re-settling refugees in Canada.

Pemberton is in Canada - what about here?

At this point, it is too early to know if we have the resources necessary for sponsoring refugees here. So, for now, we will gather funds. If the response to this opportunity is large enough, we will investigate the possiblity of sponsorship and reach-out to other local groups to rally support. On the other hand, if the response is more modest, we'll send what we've collected either to Mennonite Central Comittee or to another sister church who is sponsoring refugees.